The Consumer Price Index (CPI) rose 2.4% on the previous year in September, down from the 2.7% rise reported in the previous month. This was below the consensus view, with expectations of inflation falling back to 2.6%.

The Consumer Prices Index including owner occupiers’ housing costs (CPIH) 12-month inflation also fell back, falling to 2.2% from 2.4% in August.

The largest downward contribution came from Food and Non-Alcoholic Beverages where prices fell between August and September this year, compared with a rise between the same two months a year earlier. Meat and chocolate were noted as two of the main contributors. Elsewhere, the Transport, Recreation and Culture and Clothing and Footwear categories also provided some downward pressure.

Upward pressure was provided by Housing and household services as prices of domestic gas and electricity rose this year, compared with no change a year earlier.

Core inflation (which excludes food and energy prices) rose 1.9% on the previous year, down from the 2.1% rise in the previous month. 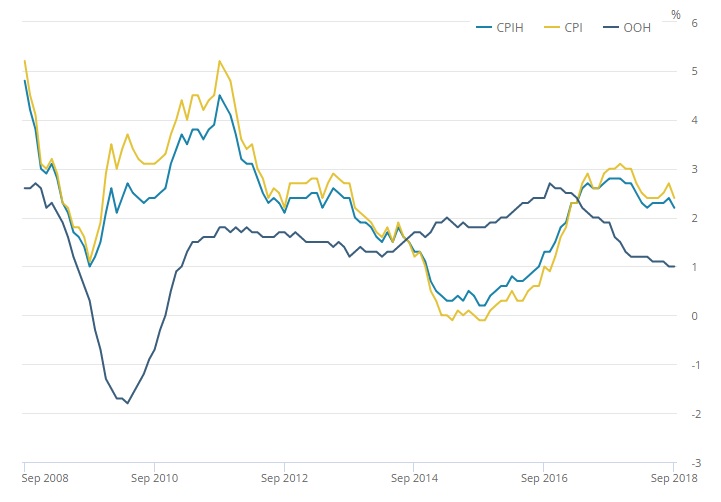