The Consumer Prices Index (CPI) rose to 1.8 per cent in January on the previous year, up from 1.6 per cent reported in December. Inflation is now rising at its fastest rate since June 2014 when it was 1.9 per cent. The main contributors to the increase in the rate were rising prices for motor fuels and to a lesser extent, food prices, which were unchanged between December 2016 and January 2017, having fallen a year earlier. These upward pressures were partially offset by prices for clothing and footwear, which fell by more than they did a year earlier.Chart 1 - Contributions to the CPI annual change – January 2017 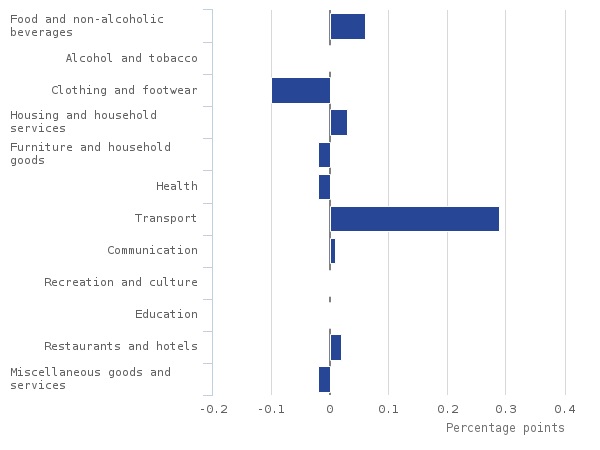 Source: ONSHouseholds are beginning to feel the impact of rising prices in shops as past falls in sterling continue to feed through the supply chain. However, consumers are only seeing the thin end of the wedge in terms of inflation. As retailers’ hedging contracts continue to unwind we expect inflation will accelerate sharply in the coming months, hitting 3 per cent by the end of the year. On its current trajectory, real earnings are likely to start shrinking by the summer which will bear down on discretionary spending.What’s more, retailers are facing a pincer movement of rising operating and sourcing costs. While the impact of past falls in sterling will continue to feed through in the cost of goods sold, retailers are also facing increases in the National Living Wage, business rates, distribution, utilities and other operating costs (see our Retail Economics Retail Cost Base Index). Given many retailers having already squeezed out gains in operational efficiencies since the financial crisis, it’s difficult to see how they are going to absorb the pressure from rising sourcing costs. It seems inevitable that households are going to have to share some of the pain. Chart 2 - CPI 12-month inflation rate 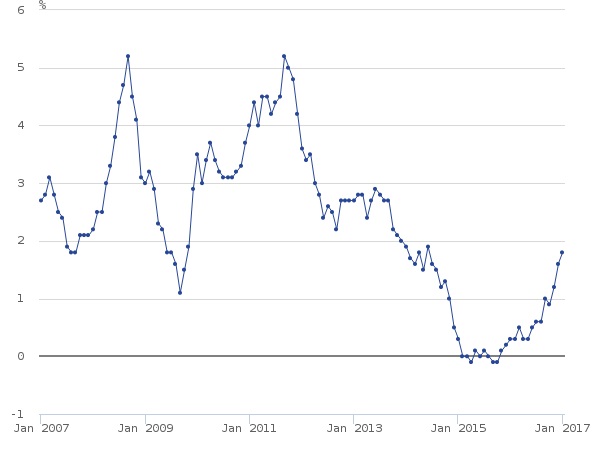