The Consumer Prices Index (CPI) remained at 0.6 per cent in August, unchanged on the previous month, after a 0.5 per cent rise in the previous month. The main upward contributors to change in the rate were rising food prices and air fares, and a smaller fall in the price of motor fuels than a year ago.These upward pressures were offset by falls in hotel accommodation prices, in addition to smaller rises in the prices of alcohol, and clothing and footwear than a year ago.Chart 1 - Contributions to the change in the annual rate of CPI, August 2016 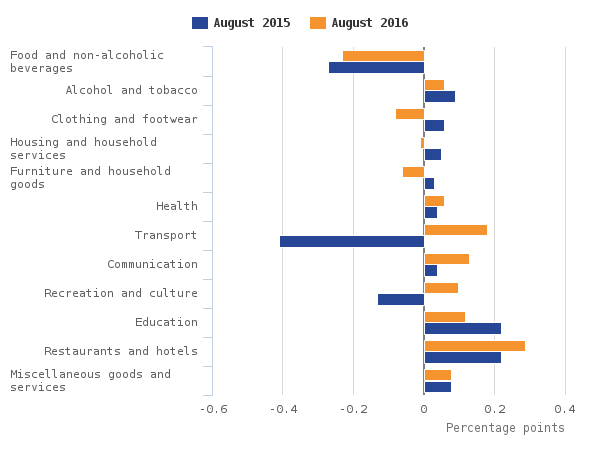 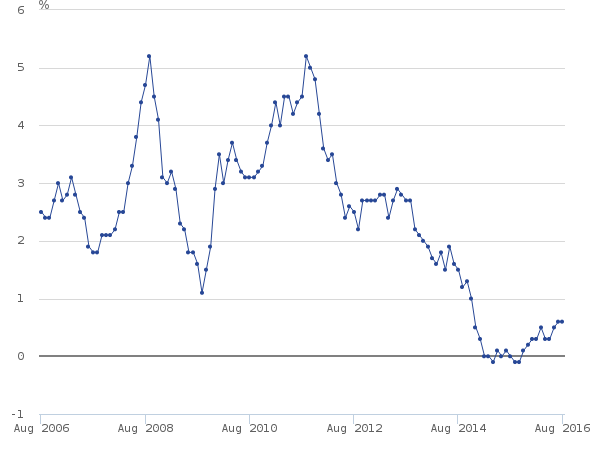 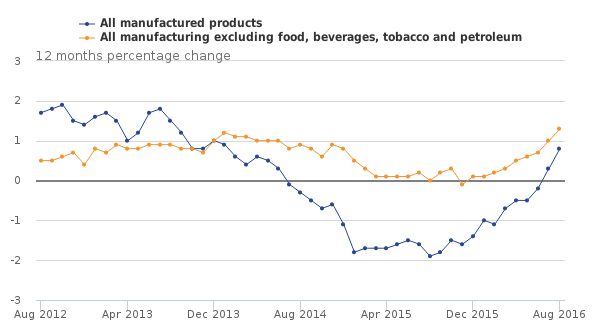 Source: ONSThe impact of rising import costs is feeding through the supply chain and putting upward pressure on the cost of goods sold for UK retailers. While hedging and long-term contracts will slow the impact of rising costs over the coming months, with other costs also rising for retailers (e.g. National Living Wage), a high proportion will have to be passed on to consumers in the coming months. We expect consumer inflation to accelerate sharply from the beginning of 2017 through to the Spring.