Retail sales (value, non-seasonally adjusted, excluding fuel) rose by 3.4% year-on-year in December following a 0.3% dip in the previous month according to the latest figures from the ONS.

Retail data for November and December has been significantly skewed by the later timing of Black Friday in 2019, which fell into the December reporting period.

A more accurate reflection of underlying trends is shown by the three-month on three-month growth, which reported a 1.1% decline in sales volumes to December.

The retail sales deflator (a measure of inflation specific to retail) increased by 0.3% including fuel (0.2% excluding fuel) in the year to December.

The soft rise demonstrates the pressure that non-food prices are under from discounting. To this end, Non-Food store deflation declined at its fastest pace in more than half a year, down by 0.5% year-on-year in December, while inflation among Food stores rose by 1.4%.

Online sales (non-seasonally adjusted, excluding automotive fuel) increased by 11.6% year-on-year, supported by the timing of Black Friday. Online sales accounted for over a fifth of retail sales at approximately 21.3% of all retail spending – the highest December on record and just below the 21.6% peak reported in November 2018. 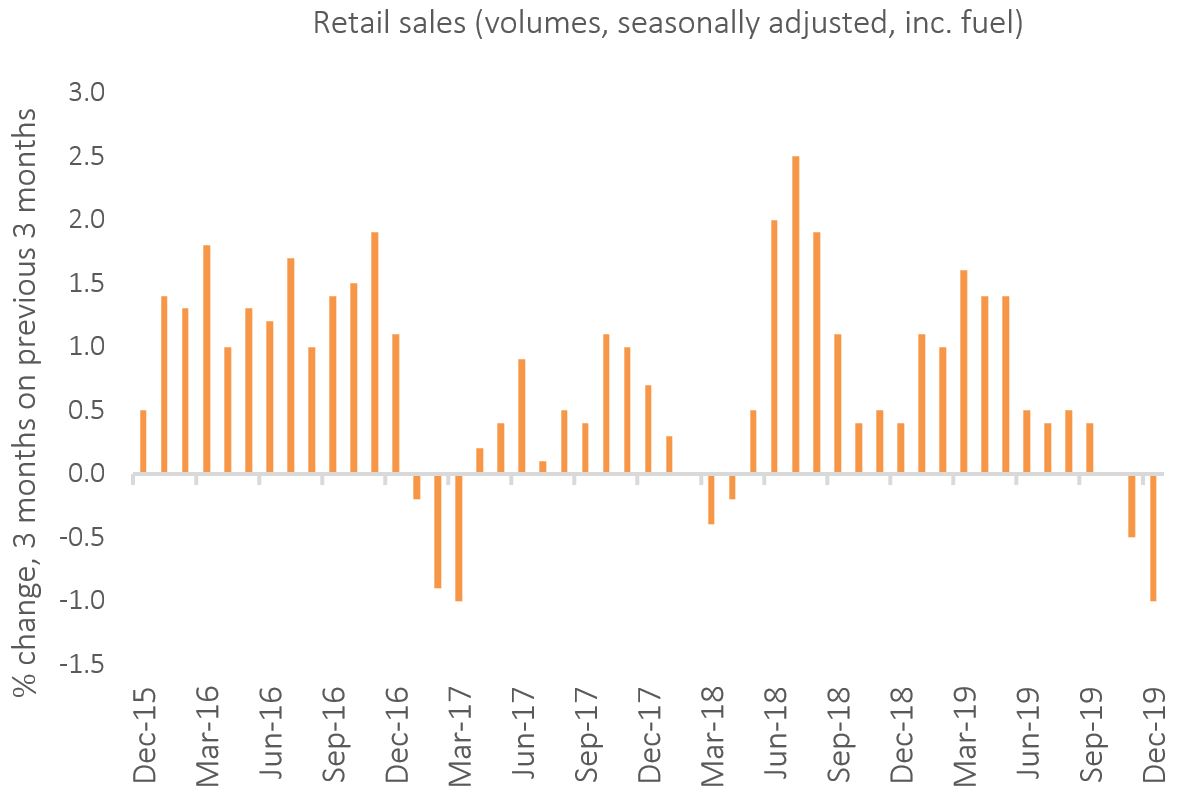