The latest ONS data shows a modest decrease in the unemployment rate as inactivity edged up in the December to February period, while tight Covid-related restrictions saw a decline in total hours worked 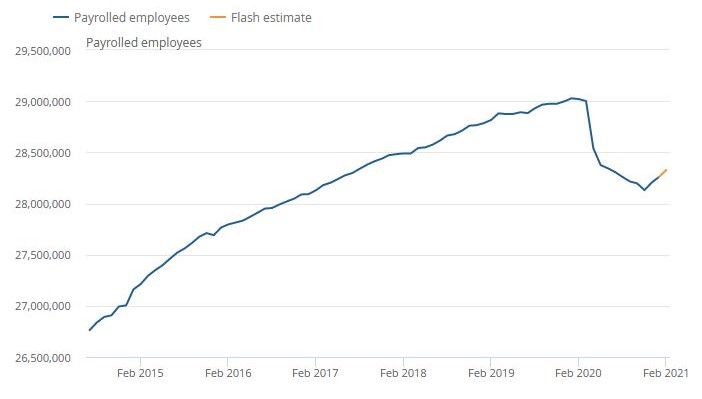 Annual growth in average employee pay has strengthened, with the growth driven in part by compositional effects from a fall in the number and proportion of lower-paid jobs. For February in nominal terms: 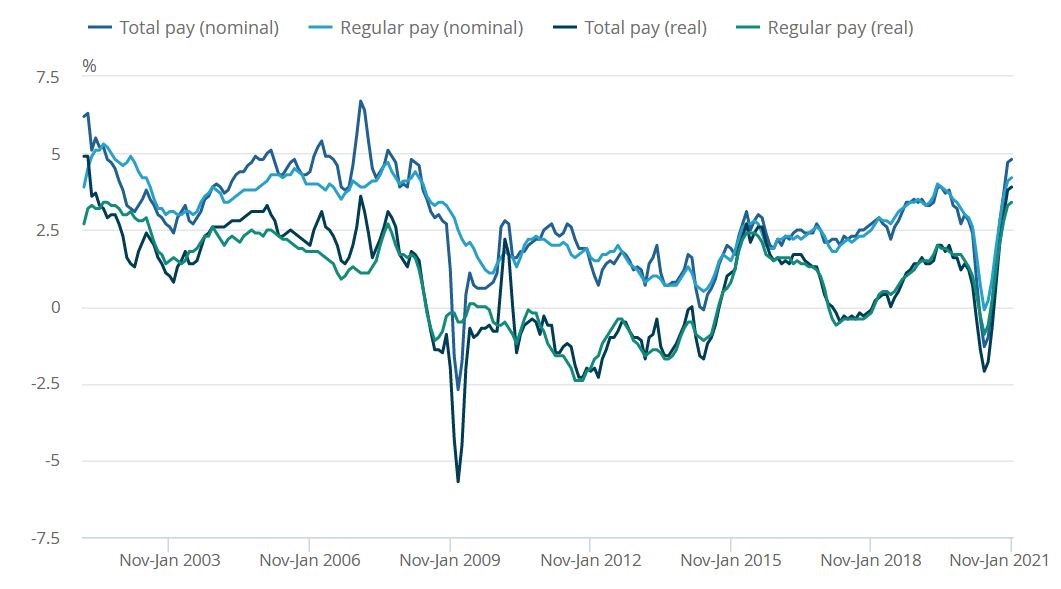