What Does Brexit Mean for the Economy and the UK Retail Industry?

Some of the early analysis of last week's election suggests that it will now be more difficult for the government to drive through a hard Brexit. We disagree. In fact, the opposite is the case — a hard Brexit becomes more likely now.

When the UK submitted its Article 50 letter it set in train a process to leave the EU which now has its own momentum. This means that unless the UK and EU explicitly agree otherwise, at the end of the two-year process the UK will be out of the EU and will have a trading relationship based on so-called "WTO rules". In trade terms, this is what hard Brexit means. This outcome requires no further decision or action on the part of either party, and is the default consequence of the UK's decision to leave. As Michel Barnier, the EU's chief Brexit negotiator, told the Commission "... in any event, the UK would become a third country on 29 March 2019." So, hard Brexit is the road that we are already on.

How would this hard Brexit manifest itself? Most obviously in the form of new tariffs on imports of British goods to the EU. Assuming that no agreement is reached, on 29 March 2019, British goods destined for the EU market will become subject to the EU's standard rates of customs duty. The same will be true for EU goods destined for the British market. The government has already said that it will set its standard duty rates at the same level as the EU does and so imports of European clothing and footwear, for example, would become subject to duty rates of 10-16% and imports of many food and drink lines would be subject to duties far higher. In the case of some beef and dairy products the rates are as high as 80%.

The question is not so much how the government can deliver a hard Brexit, but how can it avoid it. The two sides have to agree something specific, but the options, at least for the UK side are rather limited.

The most comprehensive solution would be for the UK to remain a part of the Single Market, probably through an arrangement very similar to Norway. However, both Labour and the Conservatives have effectively ruled this option out. The Conservatives have been very explicit on this. Labour has been less explicit, and its manifesto says it wants to "retain the benefits" of the Single Market. However, it goes on to say "freedom of movement will end when we leave the European Union". This one simple sentence effectively rules out continued membership of the Single Market because as David Cameron discovered during his effort to negotiate with the EU prior to the referendum, the Single Market is a monolith and if the UK wishes to enjoy the benefits of its free trading provisions it has to apply its free movement provisions as well.

So, if membership of the Single Market per se is off the table then what are the other options available to avoid a hard Brexit? The preference of the previous government was a free trade agreement, probably including some form of enhanced customs co-operation to deliver "frictionless trade". In economic terms, there is a strong case for this and the EU, at least in the form of the European Commission, recognises the damage that would be caused to all parties by failing to agree one. However, politics always intervenes in trade deals and they are highly complex to negotiate.

To succeed in the very limited time available (we are now talking about 15 months) a free trade deal will require negotiating partners that are strong and decisive. The EU side recognises this. It has been methodically preparing for these negotiations, it has its negotiating teams in place, it has detailed positions agreed, it has sharpened its pencils and is ready at the table. Waiting. The EU, at least the European Commission, was desperate for a decisive Conservative victory in order to negotiate with a partner that had the political strength to develop coherent and clear positions on the myriad of issues that will need to be resolved. It also needs a partner that can work at pace. Theresa May recognised this need as well and called an election in order to give her the majority she needed to adopt clear, strong negotiating positions and to work quickly.

However, the election did not deliver the majority Mrs May required and the EU will now be faced by a far weaker UK negotiator, beholden to narrow, sectional interests. If nothing else, this will slow the process down in Brussels as the UK government will have to spend precious time securing support at home for its positions. All the time the clock is ticking and while it is possible for the timetable of negotiations to be extended, this would require the unanimous agreement of all the other 27 member states. Such agreement would be risky to rely upon.

The result of the election has weakened Mrs May's hand considerably and consequently reduced the scope for the UK to drive through a comprehensive free trade deal in the time available. Assuming that it wishes to avoid an economically damaging hard Brexit, the government may therefore need to revisit an option that it had previously discounted; continued membership of the Customs Union, at least for a period of time.

Remaining in a Customs Union with the EU would solve a lot of problems. It would avoid tariffs and customs controls, allowing the continuation of "frictionless trade" and resolving most of the tricky issues relating to the border between Northern Ireland and the Republic of Ireland. It would be easy to implement and relatively straightforward to agree, as it would simply be an extension of the status quo (a free trade agreement, on the other hand, would be a new construct between the two and would require detailed negotiations on a range of issues). Crucially, the Customs Union only applies to trade in goods and does not require a commitment from the UK to free movement of people. Labour would probably support this option. It is also a solution that the Commission has been looking at very closely. Its Achilles heel, from a UK point of view, is that membership would mean that the UK would have no scope to negotiate separate trade deals with the rest of the world. However, given the circumstances, that may be a pill that government feels it will need to swallow if the alternative is to simply drive off the cliff edge.

The past year or so has seen some political developments that very few predicted and the future course of the UK's relationship with the EU is currently very uncertain. What we can say though, with some confidence, is that the result of the election will make securing an agreement of any form with the EU rather more challenging, and that in the event that no deal is struck, the destination is hard Brexit.

Uncertainty over the pace, breadth and scale of the Brexit impact could weigh on consumer confidence and the UK’s economic prospects for some time

The result of the EU Referendum is clear. The implications that this will have on consumer spending, households’ disposable incomes, savings, confidence and the wider retail industry are not. Uncertainty over speed, breadth and magnitude of these changes are likely to weigh on our economic prospects and those of UK households for some time.

The focus on economic data and analysis has never been more important. In a period of heightened uncertainty, it will be critical for businesses to understand how the rapidly changing macroeconomic environment affects the retail industry as the repercussions of Brexit unfold.

In the short-run, households’ disposable incomes are unlikely to change significantly. It will take time for the knock-on effects of the vote to work their way through to the real economy in terms of jobs, higher inflation and lower economic output. Nevertheless, we expect elevated levels of uncertainty to lead to a sharp fall in consumer confidence which will trigger higher levels of saving as consumers rein in their spending. 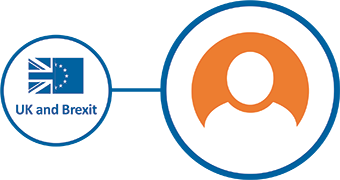 Download report: What does Brexit mean for the economy and the UK retail industry?